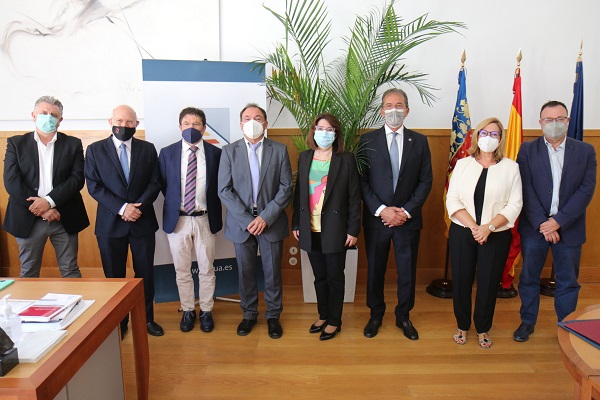 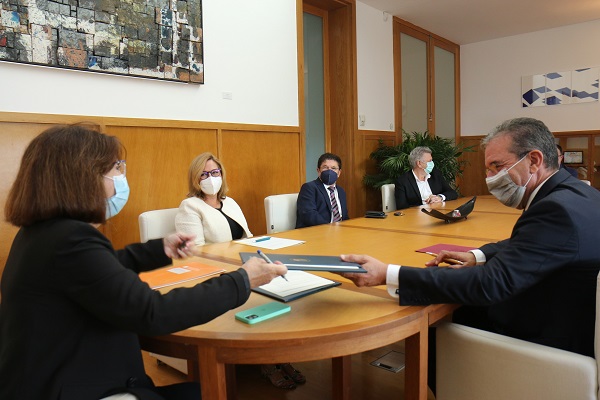 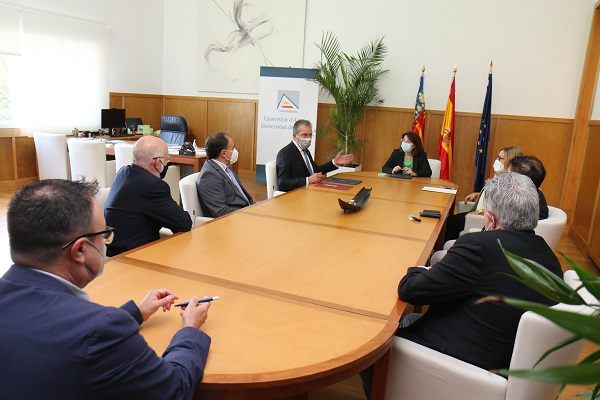 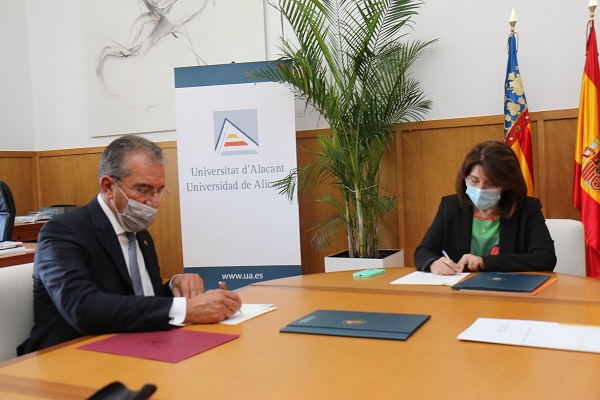 Duties of the Joint Board

Proposing to the UA president the appointment, renewal, dismissal or replacement of the Research Chair director and, where appropriate, of the deputy director or coordinator.

Approving the annual activity programme and budget of the Research Chair.

Overseeing the execution of the annual activity programme.

Proposing the approval of the collaboration agreements that may be signed between the Research Chair and other institutions or organisations, with a view to the achievement of the Chair’s strategic objectives.

Resolving any disputes that may arise concerning the interpretation, amendment, termination and effects of the agreement establishing the Research Chair.

While the earliest provisions concerning notaries in the Valencia Region date roughly from the period in which the Kingdom was conquered (1238), the existence of the Valencia Notary Association has been documented on an uninterrupted basis since 1283, which makes it Spain’s oldest notary association. It serves the Valencia Region.

A comprehensive renovation was undertaken in 1999 that preserved the façade and the architectural gem that is the assembly hall, and a new structure was erected that changed the layout of the rest of the building.

The ground floor currently contains the foyer, the porter’s office and three other areas. The middle one is occupied by the old assembly hall, which has remained intact since 1883. As one enters the hall, the new hall is on the left and the new library, where almost 11,000 books are kept, on the right.

On the piano nobile first floor are the old library (today a meeting room), the dean’s office, the boardroom and a gallery surrounding the staircase of the assembly hall. The second floor comprises the Association’s offices, while the Notary Candidates Academy and the SOLUTIO LITIS Notarial Foundation for Mediation and Arbitration are located on the fourth floor. The third and fifth floors are occupied by documentary archives; the latter also consists of the porter’s residence and two small towers that crown the building.

Two archives are located in the city of Alcàsser: the protocol archive, from which copies of the books kept in it are issued (Calle Dels Seders, no number), and the archive of the old Brokers Association. The Valencia Notary Association also has branches in Alicante (Calle Bailén, 25) and Castellón (Plaza del Real, 35). 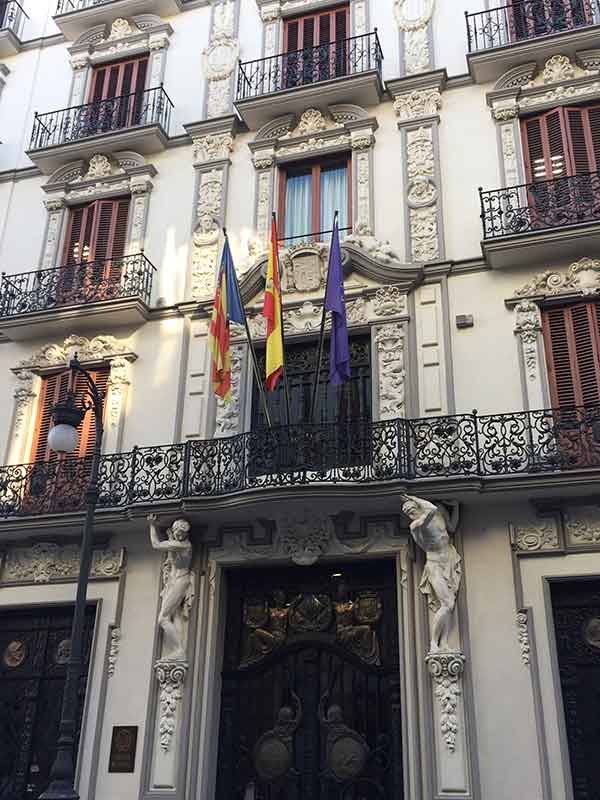 The Alicante branch of the Valencia Notary Assocation is located at Calle Bailén, 25.

This iconic building in the heart of Alicante offers excellent facilities. The Alicante branch of the Association provides administrative services (stamping or authentication of documents, among others) and has boardrooms, conference rooms and a library, known as “the Happy Book Library”. 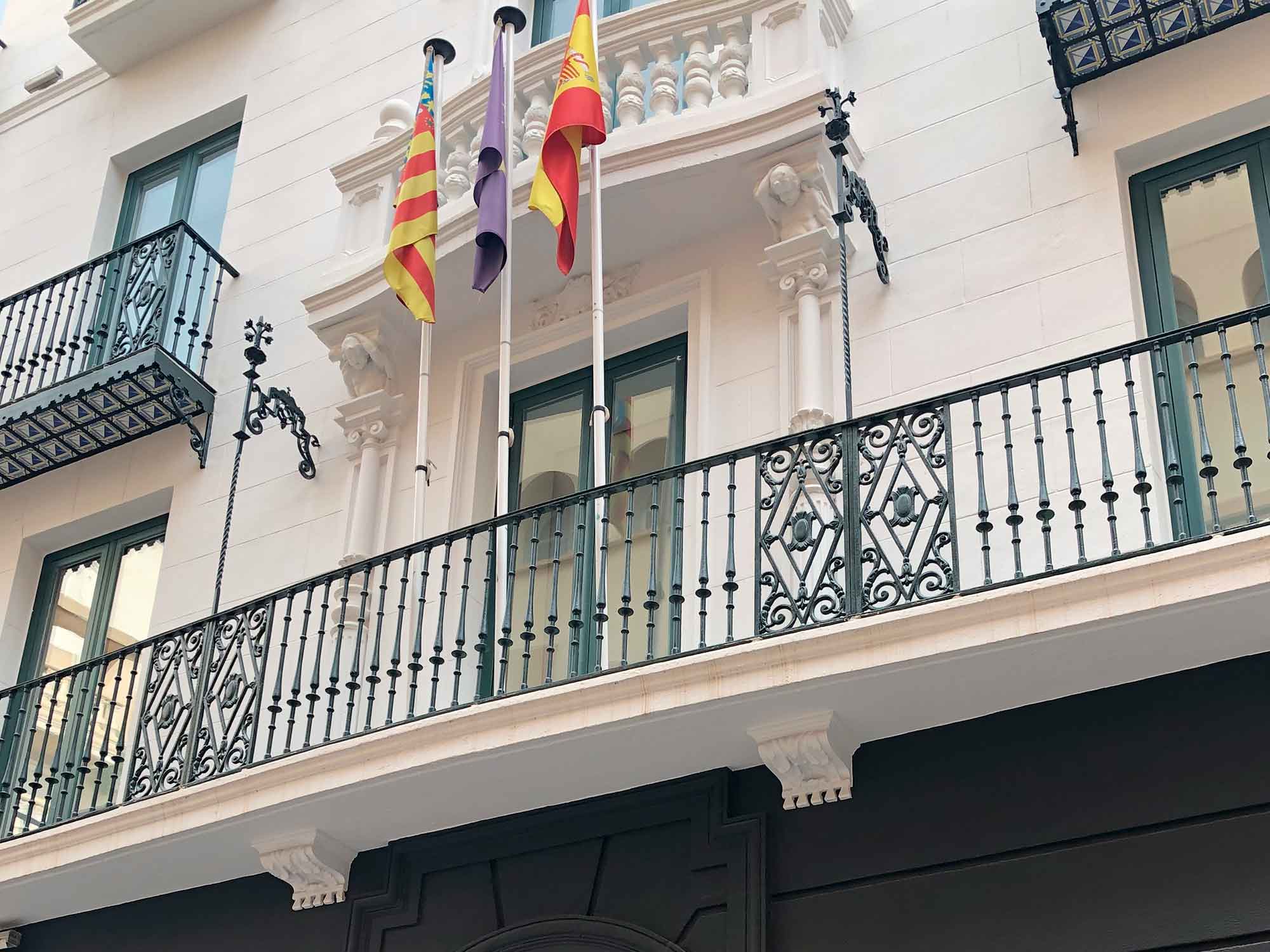 The Happy Book Library is one of the highlights of the Alicante branch of the Valencia Notary Association. It is made up of books donated by the Desantes de Mergelina family.

A unique venue of great historical value, the library contains 4,200 books dating from between the 15th and 19th centuries, including 16 incunabula and several literary gems. 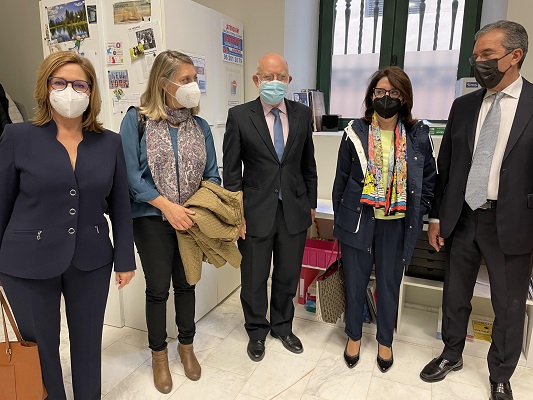 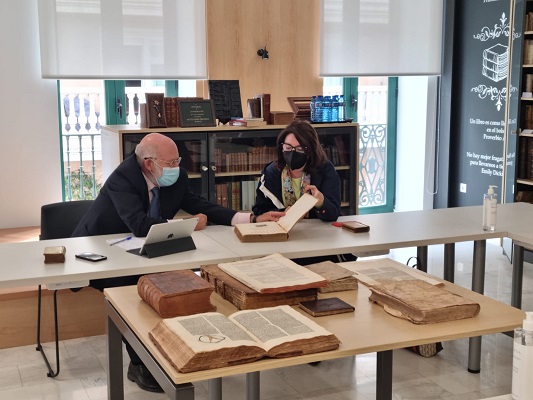 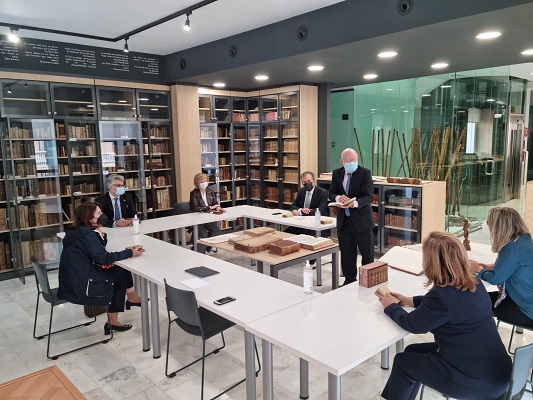 A place where we can touch legendary books. Centuries of literary history are preserved in the leather covers and the ink of these extremely valuable books, which have become living beings – and this is true to such an extent that they are not touched, but caressed. The Happy Library Book offers poetry, music, theatre or dance clubs, lectures, discussions and book launch events.

In 2021, the Library has received the Culture Award from the Alicante COPE radio station and the Important Award from Diario Información. 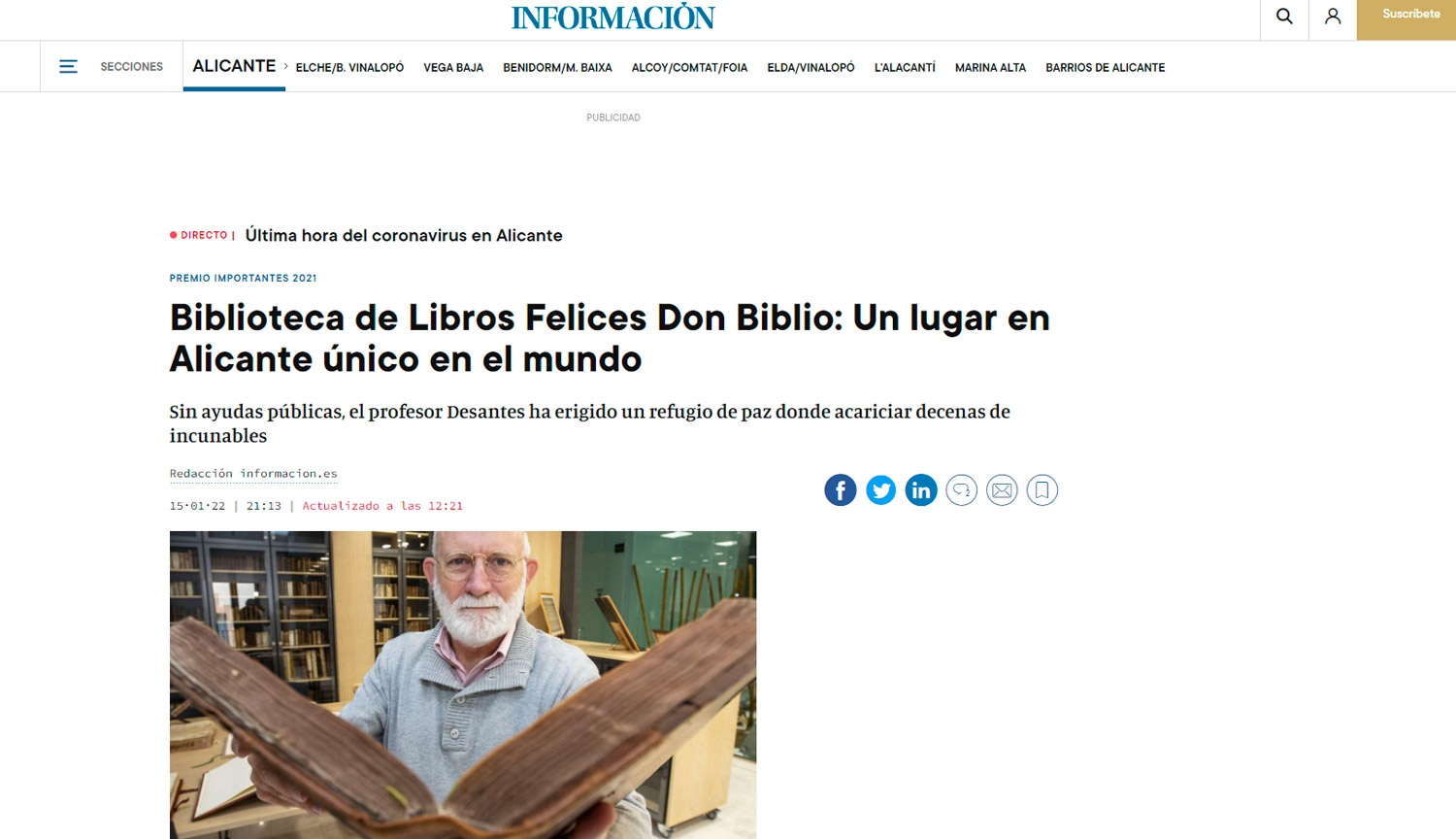 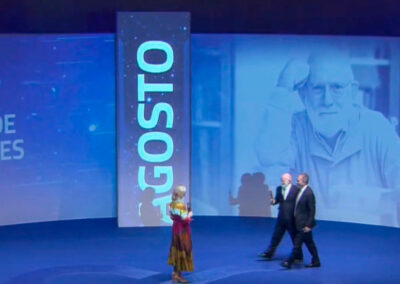 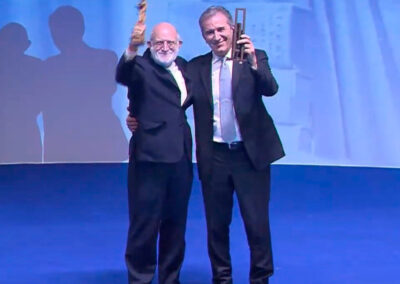 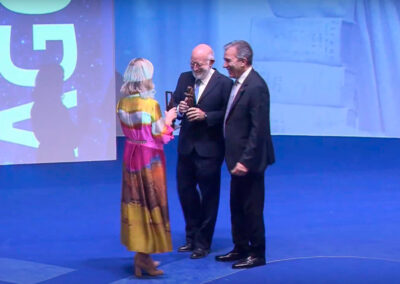 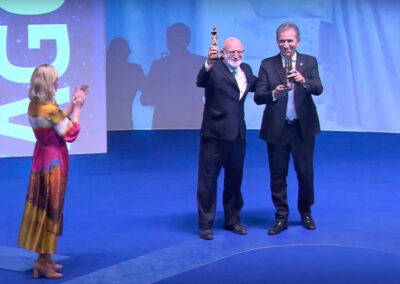 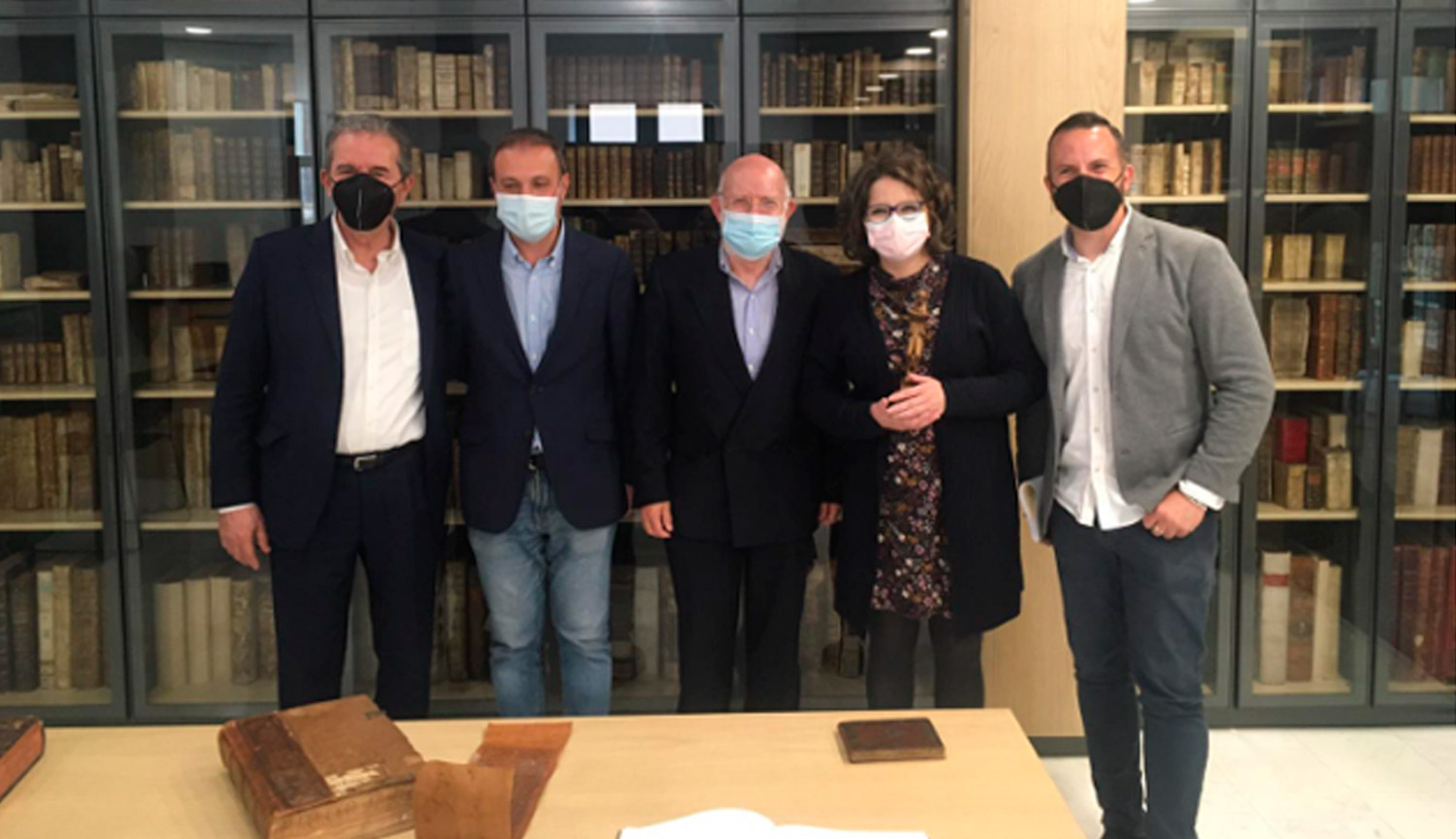